* In case of any delay in receiving the OTP, you may verify it later. Please proceed without verification.

Enter your City name or Pincode

Manjeshwar is a coastal town in the district of Kasaragod in Kerala along the border of Karnataka. The town is famous for the 1200 year old temple of Srimath Anantheshwara which finds a special place in Sahyadri Khand of Skanda Purana. The assembly constituency of Manjeswaram is also part of the Lok Sabha constituency of Kasaragod. It is administered by a Block Panchayat. 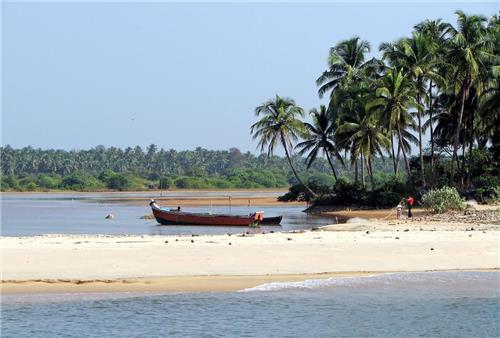 The rainy season of Manjeshwar is during June-September and the spring season prevails during November-January. The dry season or summer prevails during the months of February-May. Overall, a tropical climate prevails here.

Manjeshwar is administered by a block panchayath.

Business and Economy in Manjeshwar

Some of the attractions of Manjeshwar are as follows:

This temple is located in Manjeshwar and is of 1200 years old. This temple was also mentioned in Skanda Purana in Sahyadri Khand. This is one among the few temples of India that has puranic background.

This temple is dedicated to Shree Veeranjaneya which is situated in Ikkeri fort in Hanuman Nagar in Arikkady.

This is a famous church and it also has a school in its campus.

This is also a famous church and here prayers are offered in Tulu language.

It is an ancient village from where trade was carried out.

This is Madhwa Brahmins’ pilgrim centre.

The mosque is situated on the riverside of Shiriya river and comes with scenic beauty.
Apart from the above, the town is also famous for Ananthapuram Lake Temple, Gorge Temple, Shri Madapura Muthappan Temple, Rahmaniya Juma Masjid, Shri Mahalingehwara Temple and Shri Chathumukha Basadi.  Being a coastal town, Manjeshwar is also famous for its beaches.

Services and Utilities in Manjeshwar

Some of the public utility services available in Manjeshwar are as follows:

Water supply in Kerala is regulated by the Kerala Water Authority who also manages the sewage water. The head office is located at:
‘Jalbhavan’,
Vellayambalam,
Thiruvananthapuram 695 033
The KWA was found in the year 1984 and it serves as an autonomous body of Kerala State Government. The official website of Kerala Water Authority is www.kwa.kerala.gov.in.

Postal and Courier Services in Manjeshwar

Telecom and Broadband Services in Manjeshwar

How to Reach Manjeshwar

Comments / Discussion Board - About Manjeshwar